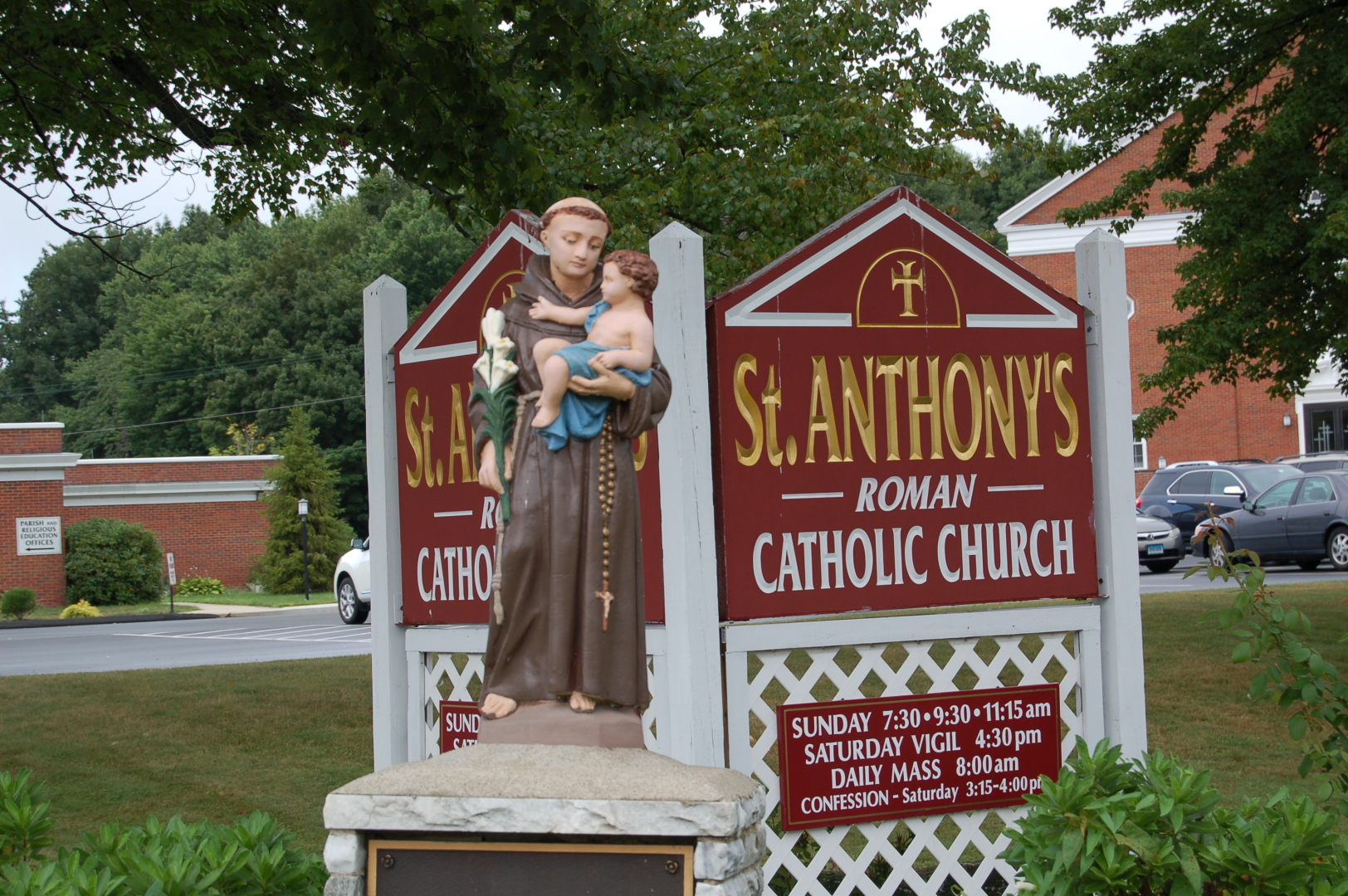 St. Anthony Parish in Prospect grew from simple beginnings. In May 1936, Mr. and Mrs. Fred Canales hosted a meeting at their Salem Road home for 28 Catholics. Their findings persuaded Bishop Maurice F. McAuliffe to designate Prospect as a mission of St. Mary’s. On July 19, 1936, Father Morrissey celebrated the first mission Mass at the local Grange Hall. By the spring of 1937, Mass was moved to the basement of the Prospect Community School. In the fall, construction began on St. Anthony Chapel on property located on Route 69. Completed by 1938, the chapel was dedicated on September 16, 1939. They chose the name St. Anthony because a local family donated the land for church on June 13, the feast of St. Anthony.

In June 1943, the next phase of St. Anthony’s growth proceeded as the mission became a parish with Father John F. McTeague appointed first pastor. The parish was given its own mission in Bethany. On August 22, 1943, Father McTeague offered the first mission Mass at the State Police Academy.

By now, St. Anthony’s numbered about 700 families, a seven-fold increase from its early days. Accordingly, ground was broken for a new church and rectory on May 20, 1961, by Auxiliary Bishop John F. Hackett. The church as we now know it was dedicated on October 20, 1962, by Monsignor Joseph R. Lacy, Chancellor of the Archdiocese.

The books below contain more in-depth information regarding the history of the parish as well as some wonderful photographs.

This is the photo that is on the grounds where the old church once stood: 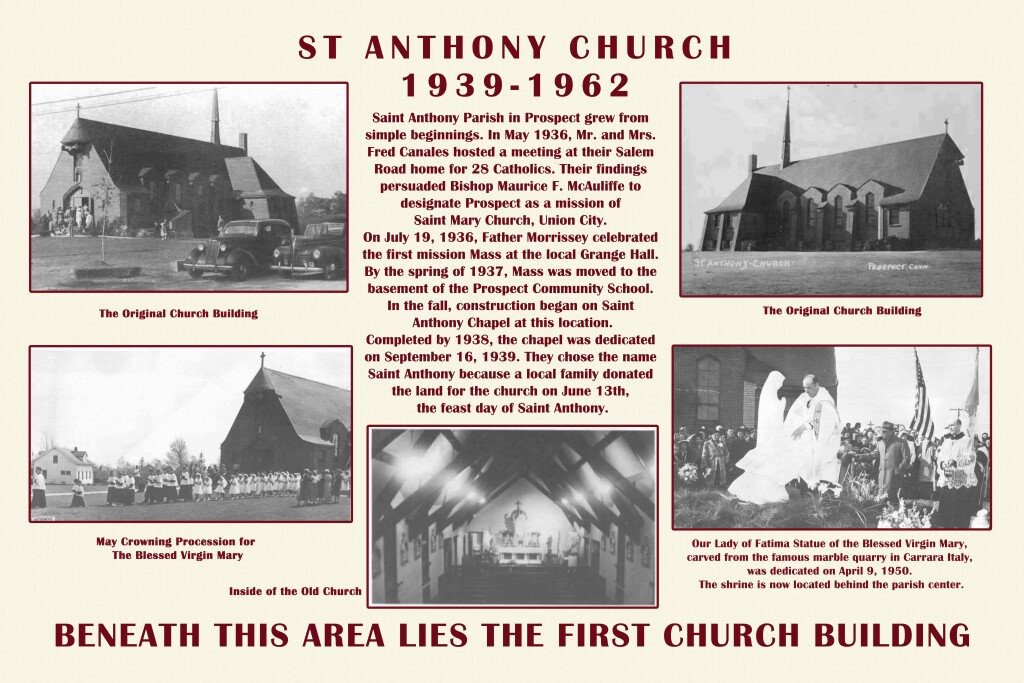